Enjoy a day trip to the hinterland of Bratislava through a scenic wine region with castles and chateaux. On our trip you will visit the Smolenice Castle, taste the best mead in the world and have a tour of the historic town of Trnava with its amazing fortifications. 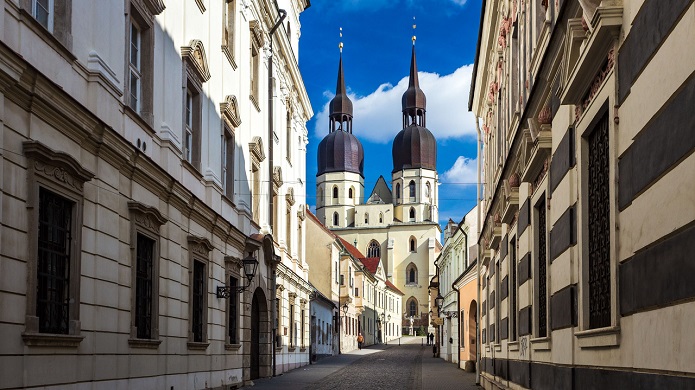 Your driver-guide will take you on a scenic route along the southern edge of the Small Carpathians, which start right in Bratislava. Enjoy the views of slopes covered in vineyards with a string of picturesque wine-making towns and villages with the occasional chateau or castle. Wine-making was for centuries one of the dominant trades here. Even today some other best wines from Slovakia originate here. The end of the wine route is marked by Smolenice Castle dating from the 1200s, which the noble Palffy family in the late 1800s rebuilt into its present romantic appearance. It is surrounded by a beautiful landscaped park. The castle’s high tower offers great panoramic views of the densely forested mountains around.

Just below the castle, at the edge of the extended forests, you will visit a small family-owned winery specializing in production of delicious mead. The company has been continuously awarded for producing the best mead in the world and you will enjoy tasting some.

Continue further through the fertile plains to visit Trnava. We will make a tour of Trnava, one of Slovakia’s oldest towns with a uniquely preserved fortifications dating from the 1200s. Originally, it consisted of two smaller towns – one German and the other Slovak – that merged together in the 1200s. The numerous spires on the skyline of historic Trnava signify the town’s importance as center of the Catholic church and formerly seat of Archbishops of Hungary. The gothic Basilica of St. Nicolas dating from the 1300s dominates the town with its two massive towers built on the town’s highest elevation.

Close-by the university quarter consisting of numerous large historic buildings from the 17-18th centuries bears testimony to Trnava’s importance as a center of education in what was then the Kingdom of Hungary. The impressive Cathedral of St. John the Baptist serving as University Church dates from the 1630s and is one of the first examples of Italian Baroque in this part of Europe. Of the two preserved synagogues the Orthodox one has served since its renovation as a café – unique and definitely not to be missed during our Trnava tour. Down at the pretty Holy Trinity square the 60m high Municipal Tower from the 1570s dominates this part of town known also for attractive courtyards, great cafés and restaurants.

“Bev and I want to thank you for making our trip to Slovakia most wonderful. We have many pictures we would like to share with you. So impressed with your knowledge and great personality. You really made our trip something very special we will treasure forever. Visiting the castle in Smolenice was like a dream come true for me. Martin, your guidance and help with hotel accommodation, Opera tickets, and restaurants was amazing! Thinking of you and our grand trip, the highlight of the year…” 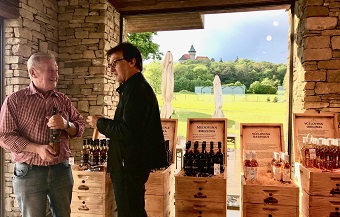 Enjoy a private day trip through beautiful countryside to visit Smolenice Castle and taste the officially proclaimed best mead in the world. Afterwards visit Trnava, the “Little Rome” of Slovakia, and enjoy a café in a uniquely rebuilt synagogue.